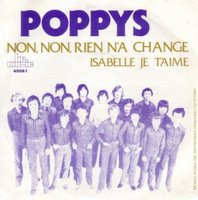 The french boy's choir called "Les Poppys" was originally a church choir.
In 1971 they had a worldwide hit with the pacifist song "Non, Non, Rien N'a Changé"
(translated: "No, no, nothing has changed" - meaning that there is still war).
They sold more than 5 million records in 4 years. 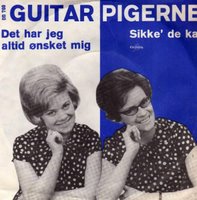 I can't find any information about these two wonderful girls. I bought the record only because of it's cover. Luckily the music is great!
I know that Peter Mynte wrote the lyrics and Ole Hoeyer made the music to 'Sikke' de ka'. 'Det Har Jeg Altid Oensket Mig' is a cover of Mike Hawker and Ivor Raymonde's 'I Only Want To Be With You'. But I know nothing about the singing girls. 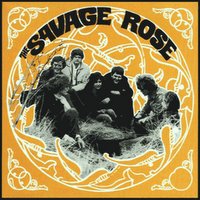 The Savage Rose - The Danish Legend

From allmusic.com:
One of the most well-known rock groups from Continental Europe, Denmark's Savage Rose recorded a wealth of intriguing and eclectic progressive rock in the late '60s and '70s. In their early work, one hears faint echoes of the Airplane, Doors, Pink Floyd, and other psychedelic heavyweights combined with classical jazz and Danish-Euro folk elements. Their arrangements rely heavily on an incandescent, watery organ that sounds like nothing so much as psychedelic aquarium music. The most striking aspect of the band's sound, however, was the vocals of lead singer Annisette. Her childish wispy and sensual phrasing can suddenly break into jarring, almost histrionic wailing, like a Janis Joplin with Yoko Ono-isms, and eerily foreshadows Kate Bush's style.
Stars in their native land, Savage Rose also achieved a bit of underground success abroad, and several of their albums were released in North America. Between 1968 and 1978, the group released nine albums, moving from vaguely psychedelic rock and heavily gospel. 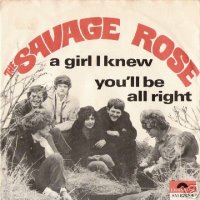 "...Hundreds of thousands have experienced the magic of this band, who have walked barefoot across the planet, among the lowliest, voicing their hope, longing, dreams, pain and struggle........."David Fricke(Senior editor "Rolling Stone") on The Savage Rose (2000)