He's a maker of fashion, he's a faker of passion 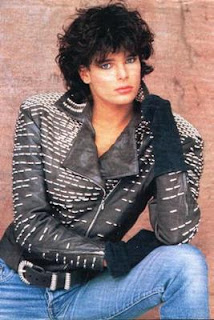 If I was going to write a biography about naughty Princess Stephanie and her many scandals it would take up all my blogspace. Ok, almost then. Anyway, props goes to Mordi where I first discovered this nearly forgotten 80's europop song. Why, I don't know why 'cause the popcess sold 5 million lp's of Ouragan with an English version on the B-side. Which lyrics are funny as hell. 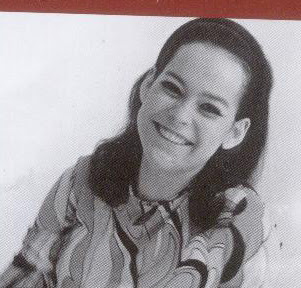 Ok, that was a short comeback. I've just been very busy with a new study, new job, new apartment.. Can you forgive me? :-)
Now I believe I'm settled, and can't wait to share new tunes and records I found with you.

Ulla Pia Nielsen was born on February 17, 1945 in Copenhagen. She debuted at a very young age, playing jazz and schlager with great Danish orchestraleaders. In 1966 she won the Danish Eurovision with the song 'Stop Mens Legen Er God' (Stop, while the going is good). She was placed 14 in the final Eurovision but the song is still remembered today. In 1979, after a period of sickness, she withdraw from the buisness, to take care of her daughter. In 1980 she was given an honor goldrecord from her recordcompany, EMI.
In 1995 she released an autobiography.

The picture above is in a poor quality, but I scanned it from my crappy scanner. Can someone sharpen the image? Please? :-)

Video of her perfoming the song at 1966 Eurovision.. check the sweet dancing couple