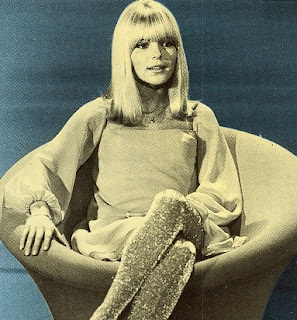 I guess these probably have been posted before, but I thought it was time for some tunes from the Princess! 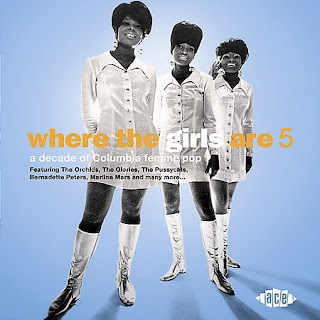 If you're into girlgroups, you will love The Pussycats! These are the only songs I have by them, would love to hear more..
Sheila Burgel from the great great cha cha charming magazine writes:

The Pussycats were another obvious Shangri Las imitation. They shared arranger Artie Butler and covered "Dressed in Black." The Pussycats also released the seductive "I Want Your Love" on Columbia Records in 1965.
While Artie Butler attempted to revive "Dressed in Black" with the Pussycats, Shadow Morton took the Nu Luvs under his wing and also gave them the same song to record. At least Shadow was somewhat able to fool the public when it was decided to change the name from "Dressed in Black" to "So Soft, So Warm."
They are featured on several LP compilations, as Girls In The Garage 3 and Where the girls are 5.
Pussycats - Dressed in black
Pussycats - I want your love
Posted by Dansmoncafe at 3:51 AM 7 comments: 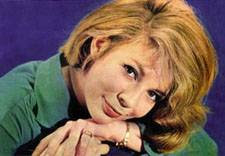 Sophie (real name Arlette Hecket, born 9 October, 1944) was a girlfriend of one of the members of the group Les Champions, Sophie and sang with them in December 1962 in Olympia under the name Jenny Hahn (I don't know whats up with the many names either). Olympia director Bruno Coquatrix was impressed, and presented her to Johnny Stark. She signed a contract with Decca and released her first disc Quand un air vous possède / Tout ça pour le locomotion followed by a participation in the film Cherchez l'idole. In 1967 she changed her career to a radio DJ and on Télé Assembles-Carlo (tv channel) as a producer. But in 1975 she returned for a period to participate as Monaco's entry in the Eurovision Song Contest, finishing 13th with 'Une chanson c'est une lettre'.

'L'integrale', a CD compilation of 25 tracks was issued by Magic Records in 1999. 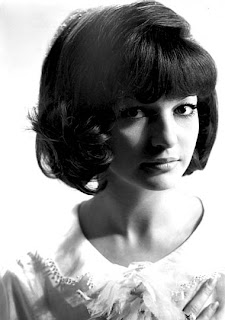 Rosy Armen, was born in Paris, May 1st, (seems like she keeps the year of birth a secret!). When she was four, she became a part of the school orchestra. Her talent was discovered and she became a soloist in several local chorus.
Although her parents felt it was a dubious future, Rosy soon became very successful and had an international career.

She still record and performs to this day. 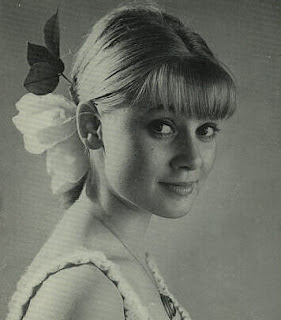 Gitte Hænning Johansson was born 1946 in Denmark. She started in show business at a very early age, 6 while touring and recording together with her father Otto. In the 60´s Gitte recorded many songs in both Danish, Swedish and German and she became an international star both as singer and actor.

Reposts songs .. + a few new...I know R and Yeyeohyeah will be very happy! 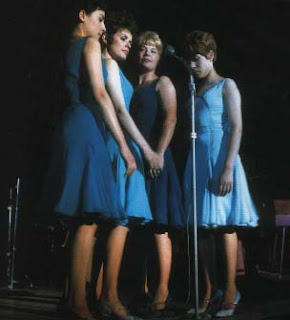 So, I moved to Beta Blogger. That's why my blog looks a little weird. But, now I can organize the posts into labels/categories, which will be easier for you, instead of looking through old archives. It will take a few days to label all the posts, but I guess it will be worth it! Btw, I got a few complaints about my filehost, Ohshare. Anyone else having problems?


Graziella, Annie, Michele and Suzy = Les GAM's!
Used to be Gilbert Bécaud chorus-singers. With Annie Markan in front, they began recording in September 1962 at Vogue Records, before signing a contract to Lee Hallyday at Mercury Records. In the beginning of 1963, they got their first hit 'Il a le truc', a cover of The Exciters' 'He Has The Power'. On June 22, 1963, they took part in the "Night of the Nation" event, with Claude François on the stage, gathering nearly 150 000 young people. They recorded five EP's before their split in 1964. 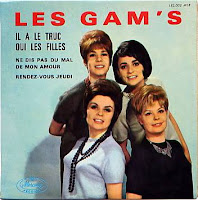 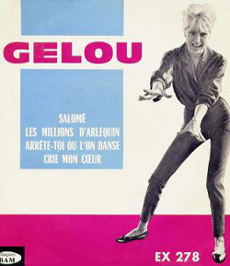 Crazy twistgirl Gélou (Real name Genevieve Cognet), was born in Lille in 1938.
She studied at the Conversatoire of Dramatic art of Lille and got her first prize in the comedyrole of "Poil de Carotte". In 1954, she moved to Paris and began singing.
During the summer 1962, Gélou toured at the beaches of the Riviera with Johnny Hallyday. 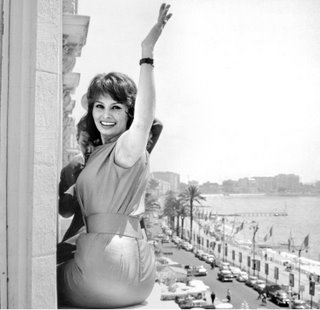 Sophia Loren - Zoo Be Zoo Be Zoo
Posted by Dansmoncafe at 12:48 PM 6 comments: 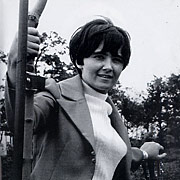 Hi again, and thanks for all your lovely comments! Remember that you can always mail me or send songs to dansmoncafe8@yahoo.com

Here is another brilliant song with the lovely Caroline Valle aka Karo.