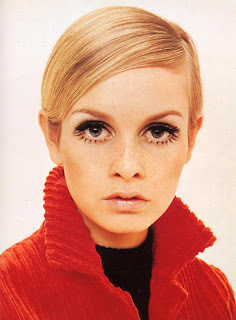 Okay, so she didn't have the strongest voice, but she had a great presence. It's Twiggy-supermodel-doll, with 'Beautiful Dreams', the first song she made which she can't remember recording. The second one 'I need your hand in mine', is my personal favorite... I don't care much for her 'hit' 'When I think of you', but these two are just sweet sweeet....

Back again, this time with a a real treat for obscure girlgroup lovers.
Sanjalice (Dreamers) were one of, probably not many, girl bands in 60's Yugoslavia. They had a relatively short career, and as I know of, released 3 EP's. The girls were: Ljiljana Mandic, Slobodanka Miscevic, Ljiljana Jeftic and Snezana Veselinovic. They played their own instruments.
Slobodanka Miscevic (guitar) was the best student in her class and Ljiljana Jeftic (bass) was only 15 years old.
They mostly recorded coverversions of Italian and English language hits including Those were the days (Mary Hopkins), a fantastic cover of Happy together (Turtles) and the 1965 San Remo song Io che non vivo senza te (You don't have to say you love me, the Dusty Springfield classic). Their Puppet On A String is sung in Serbo-Croat (that's what it was called in the Yugoslavia era).
Other popular Yugo girlgroups: Lutke and Sigele

Extra: Yugoslavian article about Sanjalice. You are more than welcome to translate some interesting facts!
Posted by Dansmoncafe at 1:10 PM 8 comments: 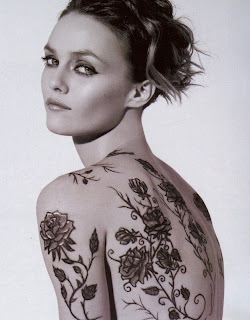 Vanessa Paradis' 2000 album 'Bliss' is so underrated and unknown. Still, I consider it one of the best albums of 2000. After 7 loooong years, she will finally release her new album in the summer of 2007. Warm up, and listen to these two beautiful songs by the woman with the most beautiful name in the world - and understand why she is Mrs. Depp going on 9th year.

Extra: Video for 'Pourtant'
Posted by Dansmoncafe at 2:48 PM 3 comments: 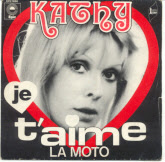 In the early seventies many tried to follow and 'copy' the success Gainsbourg had with 'Je t'aime.. moi non plus'. Breathy, sensual songs - in French.
Kathy Lowe was a US female folk singer travelling in France during the early seventies. This pop record is from 1973. She returned home in 1974.

... remember to visit the great new blog Así se fundo Carnaby Street which has a yé-yé special this month.
Posted by Dansmoncafe at 2:34 PM 5 comments: 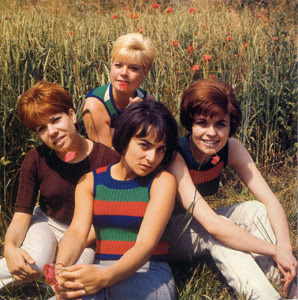 More from Graziella, Annie, Michele and Suzy aka French 60's girlgroup Les Gam's!
Les Gam's - Toi l'ami (The Beatles - All my loving)
Les Gam's - Wo ist unsere liebe (The Supremes - Where did your love go)
Posted by Dansmoncafe at 2:40 PM 5 comments: 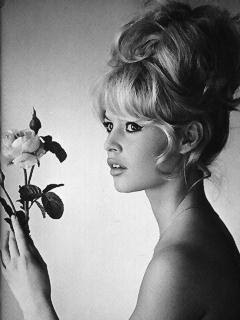 Danielas real name was Danica Milatovic. She was born in Munich, Germany on December 13th, 1949. Her parents had come from Yugoslavia some years before. In 1960 she recorded her first 45. Between 1965 and 1973 there were 12 more 45s and two LPs with German songs. Her biggest hit was "Im Jahre 2002" ("In the Year 2002").
Daniela released two EPs in Yugoslavia singing in Serbian. She made one with the band Plamenih Pet (The Flaming Five) around 1967. This low-fi EP has competent covers of I Got You Babe and These Boots Are Made for Walking sung in English.

The real gems are on the b-side, Dan Je Divan Dan (on web translators the title comes up as "Presently Had Wondrous Light"!), written by G. Aber and V. Olear, and Ja Nekog Želim ("I Someone Desires"), written by V. Olear and Daniela herself.

I was going to post a couple of songs by her, but Garagehangover has 6 songs up by the Yugo-doll. It's kinda cute how she can't sing in English and mumbles the words out. Go go check for yourself!
Posted by Dansmoncafe at 8:54 AM 7 comments: